The Home Run is a Success! 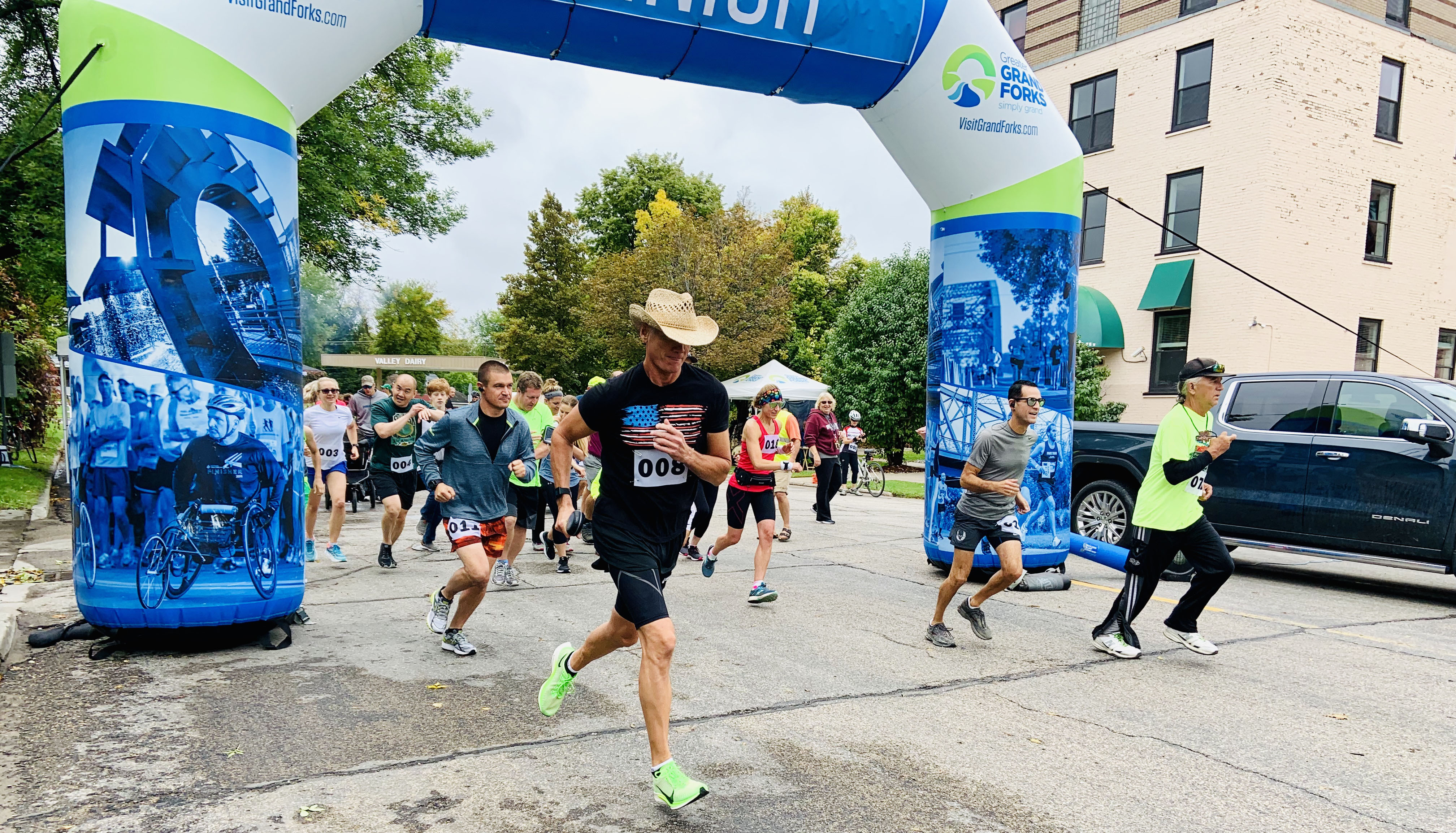 Grand Forks, ND, 26 Sept 2019 – Northlands Rescue Mission held its first annual “Home Run” on Saturday, Sept. 21st. Despite heavy rain Friday night and Saturday morning, participants gathered in front of the Mission ready to compete. Each was there for one of two events - a 5K Fun Run/Walk along the Greenway and a 25-mile Bike Race down Belmont Road.

At noon, 25 participants lined up for the 5K under a giant inflatable arch. An air horn sounded, sending the runners over the dike and onto the Greenway. Ten minutes later, 14 cyclists lined up near the Valley Dairy on Belmont and prepared for a 25-mile bike race.

Participants were competing for more than just a personal best time and bragging rights. Thanks to an anonymous donor, each top finisher would have a significant donation made to the Mission in his or her name.

Shortly after the cyclists departed, Steve Light flew across the 5K finish line with a time of 21:40.3 – good enough for first place and a $1000 donation made to Northlands Rescue Mission. He was followed by Dean Christianson in second and Albert Hwang in third, who claimed $500 and $250 donations for the Mission, respectively. Nicole Hwang was the first female finisher, putting in a $1000 run with a time of 24:30.5. The second and third place female finishers were Kathryn Rand and Renae Broden.

The first three bikers to cross the finish line were neck, neck and neck. They all clocked in times at just over an hour. Dave Johnson stole first place, beating second place finisher Carbon John by just four tenths of a second and third place finisher Terry Flynn by less than two seconds. The men earned $1000, $500, and $250 donations for Northlands Rescue Mission, respectively.

After the events had finished, participants,volunteers, and Mission clients enjoyed freshly grilled burgers and hot dogs in the street, which was closed to traffic. Local band Mudbucket entertained guests with a variety of classic tunes. At the award ceremony, Executive Director Sue Shirek presented each top finisher with an oversized check to commemorate the donation being made in their name.

In all, the Home Run raised more than $9,000 for the Mission. The proceeds will help shelter and feed homeless men and women and will assist Mission staff in their efforts to connect clients with housing opportunities. Since January 2018, more than 350 clients have found permanent housing through the Mission.

The Home Run will be an annual event for Northlands Rescue Mission. Next year's Home Run will take place on Saturday, September 12th. Online registration will be available in early 2020 at www.northlandsresceumission.org/homerun. Full race results from the 2019 Home Run are available at that link now.